Albert Einstein – Biography of a Genius 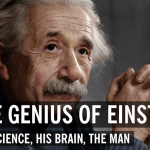 ALTHOUGH ALBERT ENSTEIN IS NOT AN AMERICAN HIS ASTUTE MIND OPENED THE GATE INTO THE MOST APPALLING ANNIHILATION OF HUMAN LIFE IN THE 20th CENTURY. In 1938, three chemists working in a laboratory in Berlin made a discovery that would alter the course of history: they split the uranium atom. The energy released when this […]